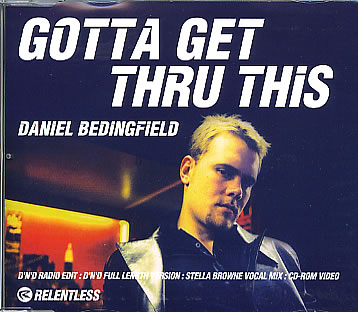 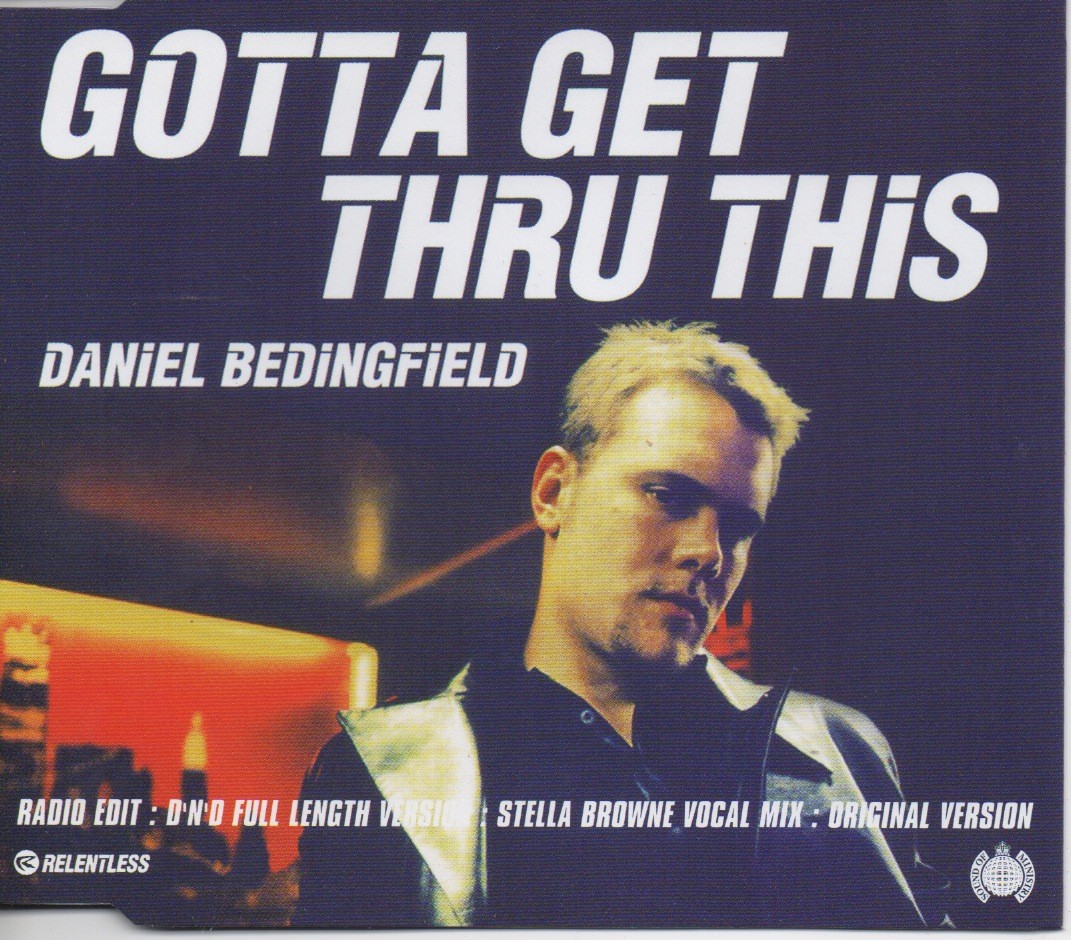 In this post you can find some starting point timbres to help begin your Task 1A ‘Gotta Get Thru This’ re-production. These are only a starting point and should be adapted by yourself as you see fit to enhance your work.

This instrument fills nearly the entire track, the best way to start is to find the Virtual Instrument that sounds close to the original.
A good starter would be the ‘Vintage B3’ (Logic X) or the ‘EVB3’ (Logic 9), both of which are simulators for the Hammond Organ.

For this you will also need to find a preset to act as the starting sound. Start with the ’80s Pop Organ’ or the ’70s Pop Organ’ – Both which sound similar. 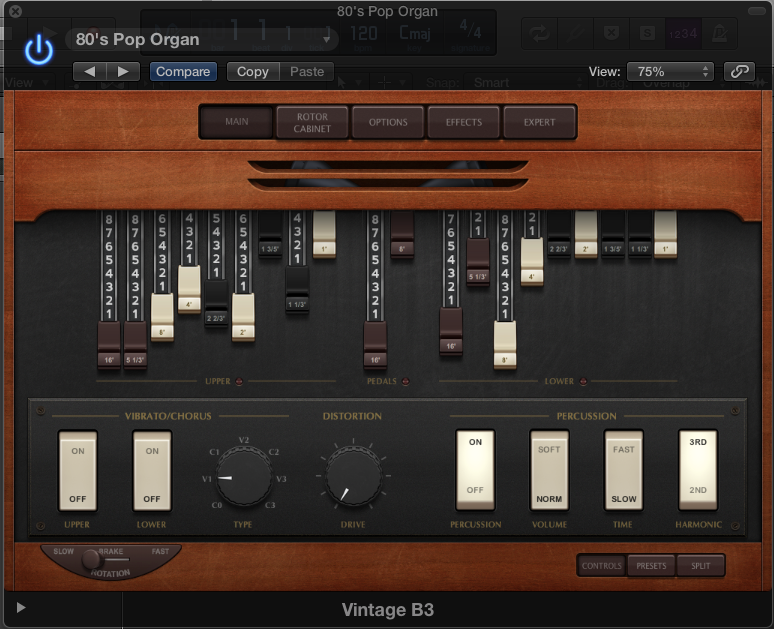 Adjust the sliders to now fit the timbre. You can use the positions above as a beginning point but do experiment to ensure you completely feel the timbre matches the original track.

To get that crisp sound you can boost mid frequencies using EQ. See example below. 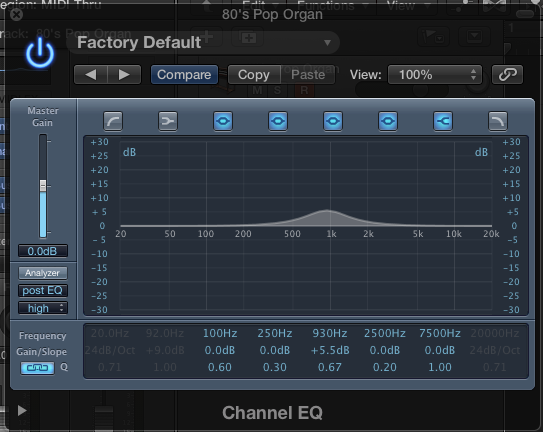 You can see we boosted the mids around 500Hz-2kHz – Again, experiment with EQ and only boost if you feel necessary.

The Synth Strings are very low in the mix and are only playing for a few bars during the Chorus. Use the ESX24 Logic Virtual Instrument and the Preset ‘String Ensemble’ as a starting point, adjusting Cutoff and Drive dials to get the desired sound.

As with all of the Timbre settings they’re only a guide and should be experimented with. See below possible settings you could use. 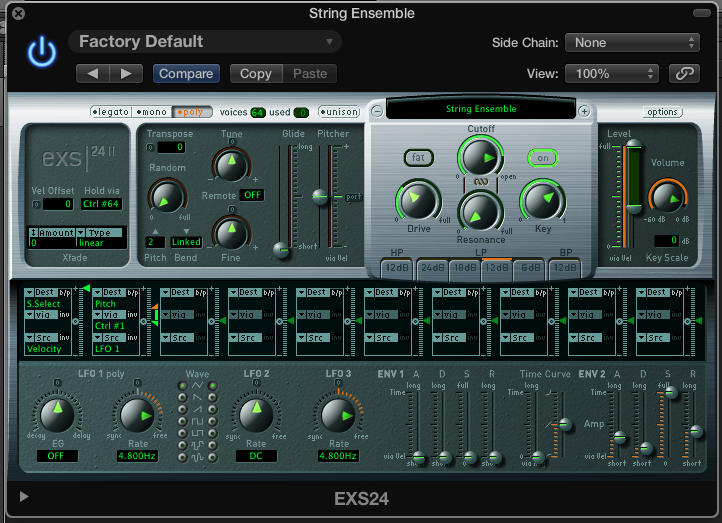 This instrument is only used during the chorus however, it really adds background to the piece. It’s quite a muffled dull piano and no high frequencies are boosted to bring out the crisp texture.

To start use the EXS24 Virtual Instrument with the ‘Ballad E-Piano’ timbre. You can adjust Cut-off and turn on Chorus to get a similar sounding Piano to the original. EQ is needed to boost mid frequencies, or you could take away lower ones using a high-parse filter. 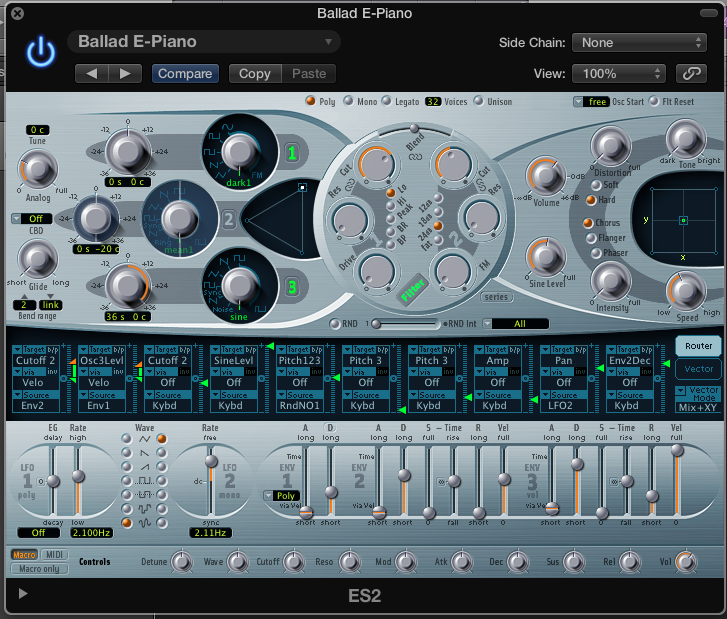 Add an EQ Boost at 1kHz-3kHz to add a slight bright tone, so Synth 1 & Electric Piano do not clash when played together – this is optional, and should be used based on your own judgement. 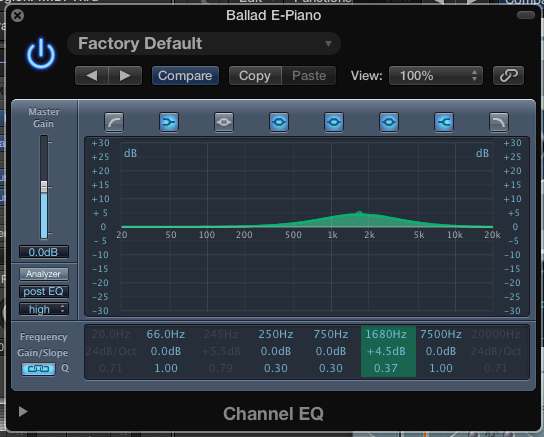 –Reverb is key through-out the piece, especially Synth 1. Even the smallest amount can help gel the overall product together – Don’t forget to add some to each track!

–Delay is used on the vocal, experiment with different delays on Logic or the DAW that you’re using.

GET THE ‘GOTTA GET THRU THIS’ SCORE HERE