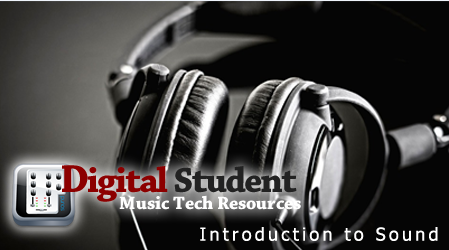 What Is Sound & How does it Work?

Sound is a wave that is created through pressure transmitted from a medium such as air or water and is composed of frequencies which are within the range of human hearing (20 Hertz to 20kHz) – 20 Hz is the lowest a human can hear; 20kHz is the highest (Although through-out life and aging the human ear starts to notice less of the more subtle sounds). Sound is created through vibrations in the air which causes the auditory sensation in your ear – making you able to hear the noises that we do.

For example; If you clap, the sound that you hear goes from the movement of your hands, through the waves in the air, causing the hairs inside the ear to vibrate.

Sound Propagation: How it travels from one place to another – Waves

Sound Perception: How it affects the senses and emotions of the audience/listener

A sound wave carries information from one point to another, they also transport energy. The sound wave and how it moves is how we hear these noises.

Waveforms let us see and explain wave propagation (The way in which a wave travels).
There are two main types of waves when talking about oscillation:

Waveforms graphically represent Sound Pressure Level (SPL) as it moves through a certain period of time.

Transverse Waves ~ Those in which go up and down – As one end moves the opposite end of the wave also begins to move.

Longitudinal Waves ~ Those that move lengthwise – like a slinky. 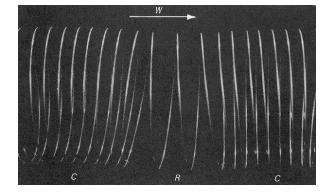 Longitudinal Wave travelling in direction W, as it compresses the coils are closer together, when there is rarefaction the coils move further apart.

Sound Source: The longitudinal wave, travels outward from a sound source, in this case a loudspeaker cone (Arrows W)
Individual parcels of air move back and forth parallel to the direction of wave travel (Short Arrows)

Amplitude: How loud the signal is

Velocity: The speed of the Waveform

Wave Length: Start to the finish of the sound

Envelope: Smooth curve that outlines the extremities in Amplitude