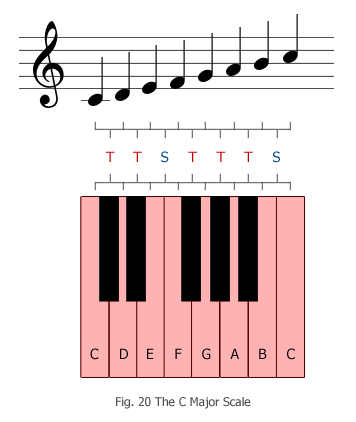 Task 1: Work out the notes from the Following major scales