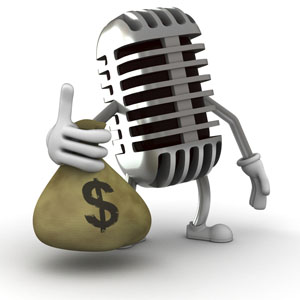 If you write music, publish your own music or are interested in how to earn money doing it. Read on!

There are type types of Music Copyrights that affect who owns a music composition/recording or the ideas of the piece.

Firstly, the writer or composer of the music has their own copyright – they had the idea, they put it together, they own it.

Music Publishers are there to exploit music. However they have three roles.

So, is there a need for publishers? Can I just do it myself – save my money?

Yes. Publishers aren’t needed for you to make money and get your music out there anymore – we’re now able to self publish, meaning we can do the above points ourselves.

However, consider what a publisher can offer you. If they’re taking a big cut and making you no money, there is gain to you.

You don’t need a publisher.

Composers of Music can collect royalties for their own work online & earn without one. Proof is needed that you own the piece, however that’s easy!

Royalties can be earnt by your music being played live at a performance. If a song that you composed is performed in public, fees are collected and available to you by PRS for Music.

PRS for Music is a Royalty Collection and Distribution society. It’s members (Songwriters, Composers and Publishers) gain royalties from them. It’s customers (Music Users) pay licenses to use music created by it’s members.

PRS for Music then distribute the money earned to those whose music has been used, performed or played publicly. How can they earn me money from my performance ?

As long as the music you’re playing is your copyrighted music, you’re able to claim for PRS Royalties. You’ll need to become a member of the PRS for Music (£50 for life!). After doing a small performance, either in a pub, village hall, or anywhere that isn’t primarily a music venue, you’ll need to submit your setlist to PRS online. You’ll then be paid a fee depending on:

Not Charged for Admission into the Venue? – You’ll be paid up to £6 per show.

Charged for Admission into the Venue? – You’ll be paid up to 3% Gross Box office Sales.

If the Venue is however on a larger scale and is suited as a Music Venue, EG. The O2, Royal Albert Hall, Eventim Apollo. You’ll earn 3-5% of the Box Office sales, which is collected by PRS. If you play music that is not your own, the money will not go to you and will go to the person who owns the copyright.

For example, if you play Queen – We Will Rock You live, the royalties would go to Queen’ Publisher & the composer/writer, Brian May (Queen Guitarist).