Creating space in a mix

Throughout this course, we will be taking a brief survey of some of the effects devices available in Ableton Live 10 Suite, as well as some methods that we might use to arrange and use them. Notes that the Intro and Standard versions of Ableton might not have some of the effects devices that we will look at in this course, but most of what we will look at will be applicable to third-party plugins available online.

One of the most commonly used types of effect is reverb. Reverb is a particularly useful effect because it gives the impression of space. By using reverb well we can make it sound as if an instrument or sound is in a small room, or as if it is in a cavern. The other benefit of reverb is that it creates a sense of depth in a mix. A completely dry snare might sound as if it is banging right in your ear, but by adding a little reverb, it will sound further away, even at the same volume.

A reverb is made of many, many repeats of a sound, caused by the sound waves bouncing off of the walls in the space, each bounce is called a reflection. As the reflections die away, this is called the decay.

Ableton’s Reverb device is a room/hall reverb, meaning that it creates reverbs using algorithms which emulate the way that sound moves through a small room, or a performance hall.

Algorithmic reverbs (reverbs which use mathematical models to create reverbs) like Ableton’s also often have chamber modes, which sound huge, similar to hall reverbs, but are much more dense, with lots of reflections.

Reverb’s interface is visually quite busy, with several graphs, but in this lesson we will focus on the most important controls: 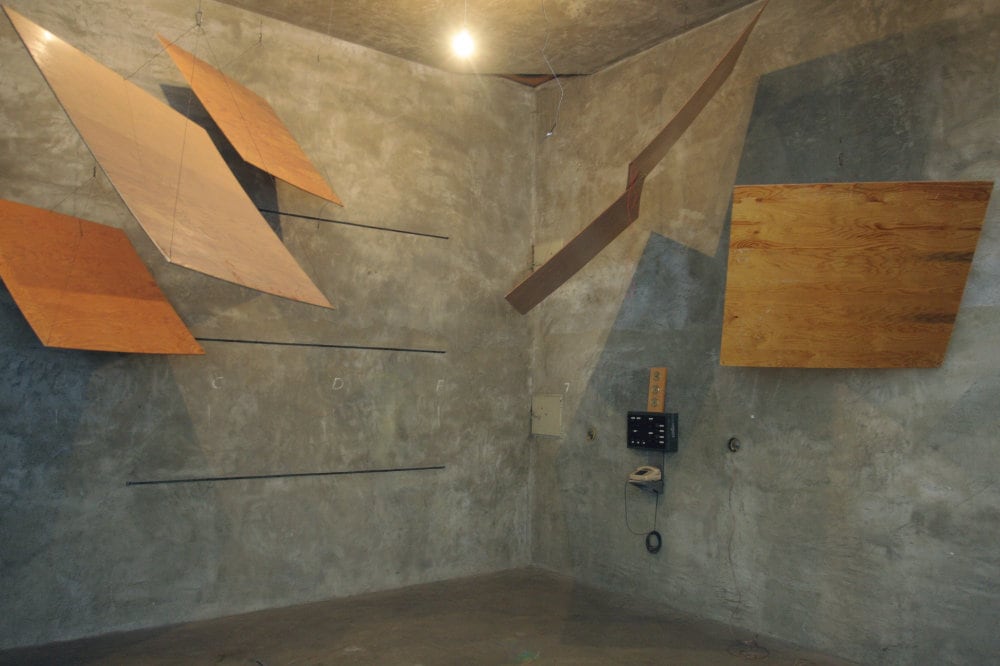 *An echo chamber has very dense reflections due to the smooth, reflective walls. Source: Wikimedia

Decay Time: Sets the length of time that reflections take to die away. Long decay times may start to run into one another and make a mix sound muddy, so a good trick is to set the decay time to die way right before each note, especially with drums.

Density: Set the amount of reflections that are generated. A very dense reverb can fill up a mix very quickly, but can give a retro vibe a la The Beatles, so it is worth trying both dense and thin reverbs to find the ideal balance.

Predelay: This sets a length of time before the reverb outputs reflections. This is very useful for instruments which you want to add lots of reverb to but keep out front in the mix, particularly vocals.

Dry/Wet: Sets the balance between the clean signal (dry) and the reverb (wet).

Some other types of reverb which you may encounter: 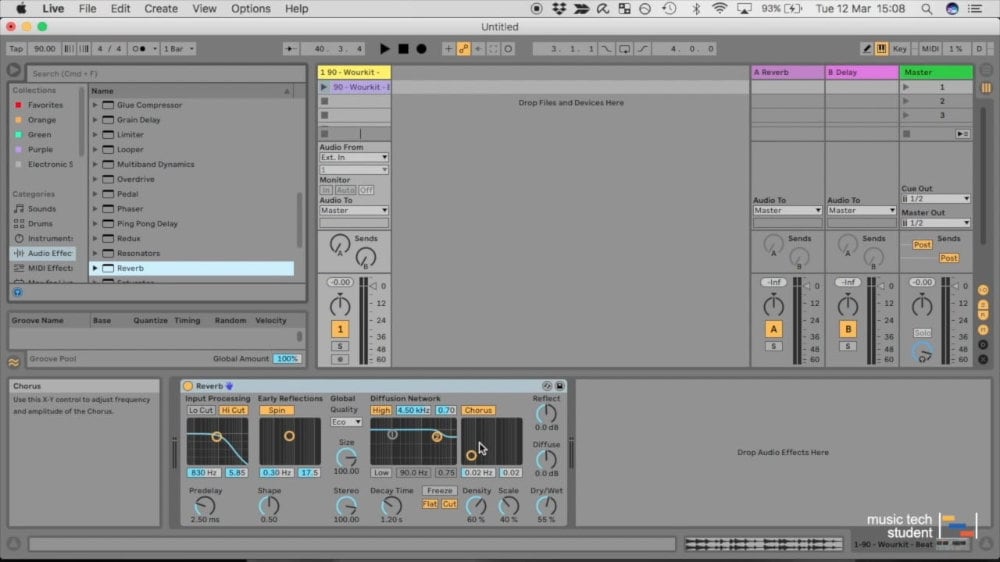 Spring: Spring reverbs are typically found in guitar amplifiers and consist of a spring with an audio signal passed through it. Spring reverbs typically have a very characterful sound which react to loud input with a splashing sound.

Plate: Plate reverbs are created by passing an audio signal through a very thin suspended sheet of metal. Plate reverbs sound very smooth, and work for a wide range of sources, particularly vocals.

Convolution: Similar to standard algorithmic reverbs, but models real spaces by loading an impulse response. An impulse response is created by recording how a space responds to a calibrated input signal, usually a sine wave played through a speaker. Ableton includes a convolution reverb under the Max4Live tab. 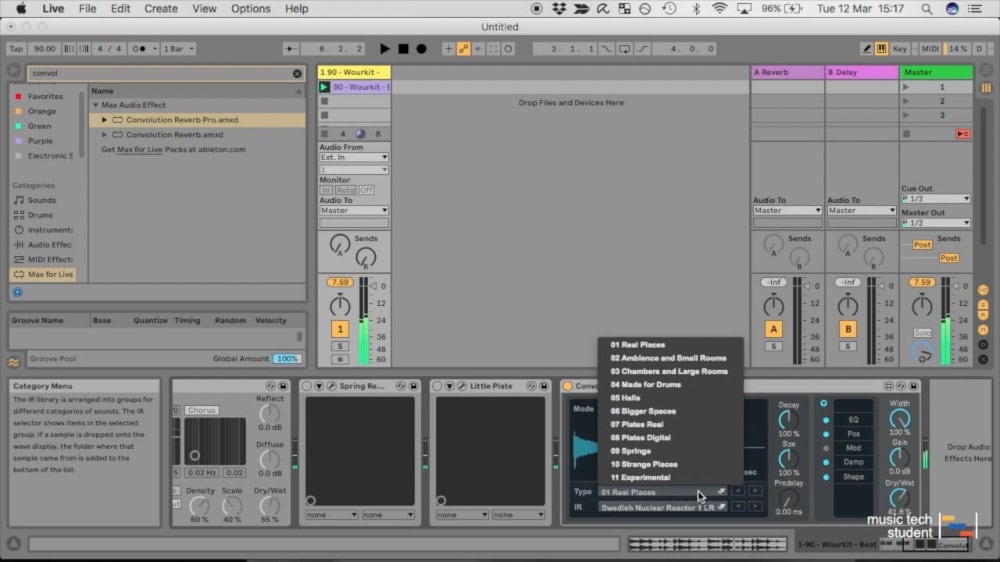 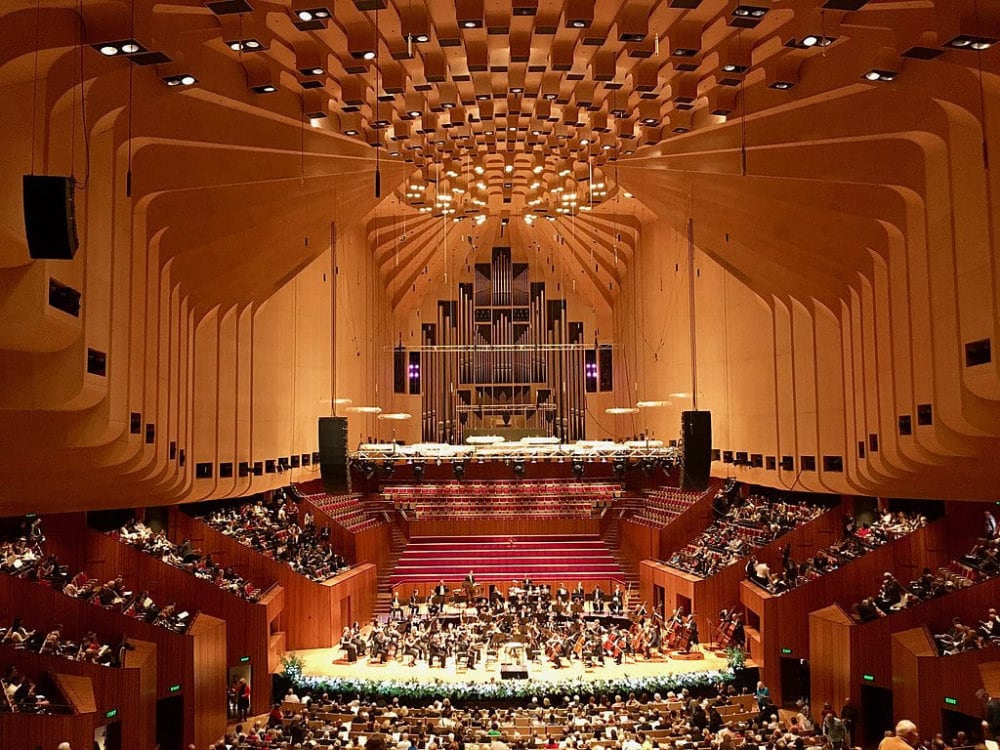 Make or open a session with a few tracks (drums, keys, vocals etc.) and apply different reverb presets to each one and listen closely to the difference between them. Try Max4Live’s convolution reverb if you have access to it.