A Guide to Soul Music Worksheet

The Development of Soul Music

The term, Soul, was adopted to describe Black popular music as it evolved from the 1950s into the socially conscious 1960s, and through to the early 1970s. There are those who saw it as simply a new term for Rhythm and Blues but this interpretation does miss one of the most important facets of the soul era. Many of the great performers of the period did much to redefineR&B and Black popular music in general, radically reinterpreting the sounds of the rhythm and blues pioneers. Many, though not all, found success with the White record buying public in a way that would have been unrecognized by the R&B pioneers of the 30s, 40s and even the 50s.

Very simplistically put, if Rock’n’Roll can, perhaps, be seen as a White artist’s interpretation of rhythm and blues, then Soul was, quite clearly, a return to the roots of Black music – to the Blues and in particular , Gospel and the church. The style retains similarities with the Blues; the emotional honesty, the vocal intensity and the use of call and response. Ray Charles may well have been the first to secularize pure Gospel songs, but it reached full maturation in the work of the Queen of Soul, Aretha Franklin. Atlantic Records was, again, at the fore of Black music’s evolution – first producing Aretha in 1967 (‘I Never Loved A Man’), at the start of one of the greatest series of soul recordings of all time. But even before the work of Aretha, Soul music had broken through in the work of a range of southern artists on southern oriented labels, like the legendary Stax Records. Stax (based in Memphis) was built on an unshakable belief in the quality of straight ahead Soul. Singers of the stature of Otis Redding, Sam and Dave, and the Staple Singers, produced vocal performances with such intensity they took you straight back to the Blues shouters of the 30s and 40s. Atlantic used southern recording environments such as Fame Studios and Muscle Shoals to produce wonderful material from the likes of Wilson Pickett and Solomon Burk.

Other already-successful artists frequently looked to the southern studios to regenerate their careers. Etta James recorded the great ‘Tell Mama’ in Muscle Shoals and Percy Sledge’s ‘When A Man Loves A Woman,’ recorded nearby in Sheffield, became the first southern Soul song to reach number one on the straight pop charts (and has hardly been out of the charts since!)

There were of course a number of different approaches to the Soul musical form and the Motown sound from Detroit has divided opinion and stimulated debate among Soul commentators and historians, since the mid 60s. It’s lighter, more pop oriented approach and its determined effort to appeal to as broad an audience as possible, have led many commentators to dismiss its output as the light, less authentic alternative to the Stax / Atlantic southern Soul ideal. The argument can also be made that alongside the “poppier” material from artists like the Supremes, the label produced artists and material with real gospel grit – the early Contours material, classic early Marvin Gaye , the superb vocal performances of the Temptations, – it all goes straight back to the church and the gospel heritage. Motown was often regarded as inferior simply because it packaged its material so well, and in so doing managed to appeal to the White teenage audience as well as the traditional Black market place.

The second reason? Take a listen to a Motown Box Set, especially the first six CD box set, which covers the glory days of the label. It features incredibly high quality Soul from start to finish, a huge variety of styles and material and some of the best vocalists in Soul music, singing material from the best songwriters!

Soul wasn’t just about the southern states and Detroit. Chicago followed up on its influence on electric blues with its fair share of soul successes. One of the greatest exponents was Curtis Mayfield, who added his own distinctive social consciousness to the Soul music movement. The Chess Records label also followed its Blues and R&B hits with a range of Soul music successes, including material from the Dells, Mitty Callier, Theola Kilgore and Fontella Bass. And in New Orleans, you could listen to an altogether different sound – funky, expressive and full of the undeniably feel-good flavor of Louisiana. And the music continued to evolve, with the Philadelphia sound of Gamble and Huff virtually reinventing the genre in the 70s through the music of groups such as the O’Jays, Harold Melvin and the Bluenotes the Sylistics, the Three Degrees and the fabulous Spinners. Soul has become a permanent part of the language of American popular culture. Although , much of what is passes for Soul music, today, has little in common with what’s of interest to this site.

The underlying virtues of the type R&B/Soul music discussed here, are represented by a direct emotional delivery, a pride and artistic integrity, a feeling within the music which transmits itself to the listener. You can call it Blues, R&B or Soul, but it has to have those ingredients to truly succeed.

So, by and large, this is the music upon which this website concentrates. – most of it glorious, uplifting and heart wrenching, sometimes beautiful or achingly sad, and occasionally, just plain fun. Without exception, it’s ALWAYS true to a spirit and has an emotional honesty that is hard for other styles to match. (Continue Reading this article)

Audio examples: Please note that you must stop all audio tracks before moving onto the next question. 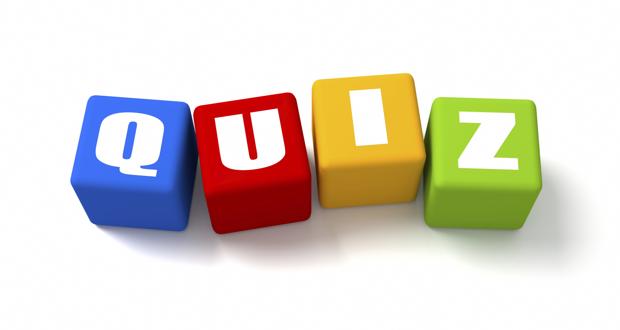 In your own words describe the development of Soul music and take into account the key features discovered in this lesson. For this short essay there is a maximum of 15 marks. Your writing should be well structures and approximately 150 words in length.