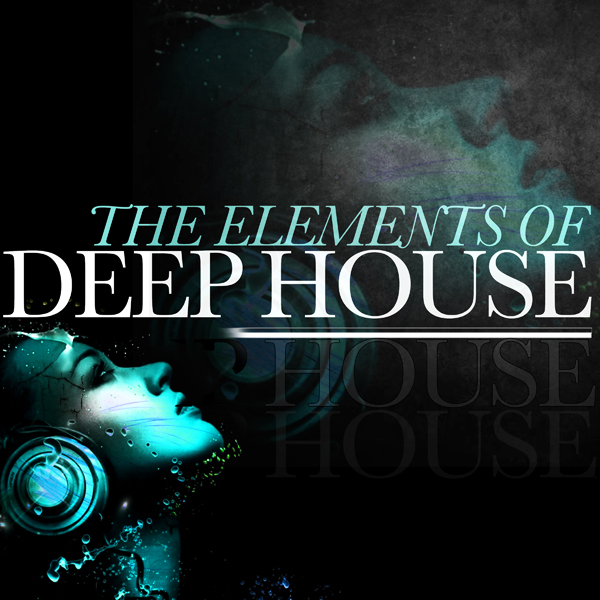 Here’s 22 Deep House production tips to get your juices flowing in the studio. While this article is primarily focused on Deep House, you can of course apply many of these tips to any genre.

1. Deep into the vibe of House

A lot of Deep House’s vibe comes from its rhythm. While the drum patterns don’t generally deviate much from the 4/4 template, leaving them straight makes them sound too robotic. To give them a more human feel – à la Chris Brann’s Ananda Project – you can apply 16th-note swing quantisation or some more sophisticated groove quantisation if your sequencer supports it.

Analysing live drum breaks will give you a more human feel than straight quantisation, though you’ll probably find that keeping the kicks dead on the beat works best.

2. While programming riffs and chord progressions with a mouse is convenient if you can’t play the keyboard – and handy for tricky stuff, of course – you should at least give the old-fashioned live approach a try.

Mistakes can always be corrected later using your sequencer’s MIDI editor, and you might be surprised at how much better your sequences sound when you’ve played rather than programmed them. Plenty of top producers swear by the ‘human touch’ to inject a bit of life and soul into their tracks.

3. A very commonly used sound in Deep House music is the electric piano.

While it’s possible to spend hundreds of pounds on a commercial electric piano emulation, there are some superb free plug-ins out there that are more than capable of doing the job.

4. If you want to create an authentic electric piano sound, it’s crucial that you use the right effects.

An Auto-Filter effect in particular can be used to add movement and feeling to an electric piano sound. Add an autofilter and turn the LFO Rate up to around 1.5Hz. Then add delay and reverb plug-ins in that order. Play with the wet/dry level of the reverb to make everything sound more intimate.

5. If your chords don’t have enough body, you can make them bigger by doubling them with another instrument.

Even if the part you double it with is extremely quiet (you don’t want it to overpower the original chords), it can still add character and definition. Also use augmented chords like 7ths and 13ths instead of just basic triads to get that classic Deep House feel.

6.When using doubled parts in this manner, you can use the stereo space to create different feels.

7. You will probably want a wide and full feel in your Deep House track so make use of the full stereo field.

A stereo imaging plug-in can make this a lot easier. Try turning the width value up for an extra wide stereo image that’ll give your tracks a widescreen feel. Be careful of overuse though, stereo imaging plugins can sound great but they’ll also result in some bad mono compatibility and phasing issues if you overkill it.

Another way to create a wide sounding track may sound wrong but it’s to make some elements of your track Mono. This creates contrast and enhances the perceived width of your other elements. If you are using as stereo enhancer turn the width down to 0%. This will ‘mono-fy’ the signal and enable you to place it precisely in the stereo panorama using your sequencer’s pan control. This can be useful when you want to accurately position percussion sounds in the stereo mix.

9.Effects are generally used quite sparsely in Deep House, so those that you do use need to be up to scratch or they’ll stick out like sore thumbs.

Unlike some genres, Deep House uses a relatively small amount of effects and instead relies on the interplay of key elements to create a vibe. Reverbs, then delays are the most commonly used effects.

If you’re using reverb or delay send effects on sounds that have a large amount of low end you can end up with a muddy mix. You can curtail the amount of bass output from the send effect by adding a high-pass filter at any point of the effect chain.

When you’re using a lot of percussion sounds, you can find more space to squeeze sounds into the mix by panning their stereo positions – if you pan all your drum sounds dead centre they can become one indistinguishable mass.

While side-chain compression is generally used more in cheesy pop house, it’s still worth employing in deeper forms of the genre. If you feel the need to emphasise your kick drums, side-chain them with a group featuring your track’s musical elements. This will help the kicks punch through the mix a fair bit more.

13. Delay is your friend

Dub effects can be useful for creating textures and atmospheres, so it’s always worth having a half-decent delay lying around. By automating the feedback level, you can create delay crescendos and sweeps – perfect for building up intensity or adding atmosphere to your tracks.

Funky filtering effects can be created with the use of a vocoder plug-in. This can be used to modulate sustained instruments (such as synth strings) with drum loops or vocals to make highly rhythmic, textured effects. Try bouncing down your vocoder experiments and then cutting them up to get the best bits. These can then be looped and delayed to create interesting pad effects.

If you intend to use an acappella to add vocals to your tracks, remember that you’re not just limited to using it straight. Cut-up phrases can be spliced together to create new, less obvious vocal riffs.

Rather than using 101 sounds in a single track, deep house is more about getting the most out of each individual element and working it into the track to create a seamless whole. If your lead sound has its filter cutoff frequency tied to an LFO, for example, you can try turning up the LFO rate to a high speed to change the lead into a sound effect. This technique can be useful when you want to create transitions between different sections of your track.

17. Add some spice to your standard kits

While standard 909 kit sounds may be easy to come by, Deep House often requires something a little, err, deeper. Try lacing your 4/4 patterns with more exotic or unusual percussion. World music can be a great source of inspiration (or sounds, if you’re feeling cheeky), especially if it’s jazz-influenced. Take a trip to your local library to see what horizon-expanding CDs they have available.

18.When using instrumental samples or loops from another track, you’ll almost certainly find that you need to cut them up and re-sequence them to fit.

If the instrument features sustained notes – strings usually do, for example – don’t worry about time stretching it to fit exactly, as this will probably cause unwanted audio artifacts. If a particular part runs short, consider cross-fade looping, which can be done easily in any audio sequencer by fading the sample out on one track while simultaneously fading it in on another.

19. Use small changes to keep interest

Like all House music, Deep House relies on repetition to a certain extent, but there’s a fine line between a catchy groove and a robotic lack of funk. Introducing variations to your lead lines will keep them from sounding stale, even if they’re just subtle changes of timing or emphasis. If you feel that a transition needs a lift, consider letting the bass line break out a bit to take the focus off the track before returning to the familiar groove.

When using processors that you might usually sync to your host’s tempo (delay, phaser or filter effects, for example), consider letting them run free instead. This works particularly well with delay effects, helping to avoid unwanted phasing that may occur when a sound coincides with a delayed version of itself, as well as sounding groovy.

21. There’s nothing wrong with a bit of random

When using synth riffs, it’s possible to get a more organic feel by using any pitch randomise features that your synth may have. If your favourite synth doesn’t have this feature, you can create a similar effect by applying small, differing amounts of LFO modulation to each oscillator’s pitch. If it’s too pronounced, turn the modulation amount or LFO speed down.

One of the things that drum machines allow us to do is create patterns that a normal drummer would never be able to physically perform – for example a live drummer is not going to be able to strike a single hat in both open and closed state at the same time. While using drum machines this way can often create some very cool patterns, Deep House often relies on a natural feeling swing. To make your hi-hat programming sound authentic, use mute/choke groups to ensure that open and closed hats don’t trigger at the same time. If your drum machine or sampler doesn’t have this feature, manually edit your drum patterns to stop this happening. **After some great free and paid-for plugins to inspire your Deep House creations? Go here